Shema: The God of Abraham, Isaac, and Jacob, David, Jesus, Muhammad (peace be upon them all)

Shema: The God of Abraham, Isaac, and Jacob

The Shema is a basic confession of Jews and Christians. It declares that God is one. We must ask ourselves a very important question. If God is “One” then in what way is God “one”? Just how is God “one”? What did God intend for us to understand by these words? And when other passages such as “there is no other but He” are considered, how do such words impact Deuteronomy 6:4? More importantly, what did God intend the ancient Jews to understand by these words? Are we to believe the above confession is intended to convey that God is one “substance,” or that God is one trio, as Trinitarians want us to believe? Or did God intend to convey that He is one person? Did God want the Israelites to understand the Gentiles had many gods but the Israelite God in contrast was one substance? Is such a proprosal even reasonable?

The God of Abraham, Isaac, and Jacob, the God of our fathers, glorified His servant-son Jesus (Acts 3:13).

Jesus was an Israelite. He was the King of the Jews. Jesus stressed the vital importance of the Shema:

One of the scribes came and heard them arguing, and recognizing that He had answered them well, asked Him, “What commandment is the foremost of all?” Jesus answered, “The foremost is, ‘Hear O Israel. The Lord our God the Lord is One‘ and ‘You shall love the Lord your God with all your heart and with all your soul and with all your mind and with all your strength. The second is this, `You shall love your neighbor as yourself. There is no other commandment greater than these.” So the scribe said to Him, “Well said Teacher. You have spoken the truth, for there is one God, and there is no other but He. And when Jesus saw that he answered wisely, he said to him, “You are not far from the kingdom of God.”” (Mark 12:28-31).

The Jewish scribe refers to this one God as “He.” Now we must ask ourselves just who this Jewish scribe had in mind when he used the word “He.” The Lord our God the Lord is one “He” and there is no other God but this one “He.” Is it reasonable or or is it disingenuous to suggest this Jewish scribe had a three person being in mind and worshiped a Triune God? Or did he have one person in mind? Well we know from Scripture, and Jesus’ own words, that the Jews considered their God to be one person – the Father (John 8:41,54). Are we really to believe this learned Jew was referring to a three person God? Let us also not forget that the statement “the Lord our God the Lord is one” is understood in terms of the words “there is no other but He” (see Deut 4:35). And we must also take very careful note of something Jesus says here. Jesus told this man he had answered wisely. Are we to believe Jesus was being sarcastically coy? We know this scribe was referring to someone he perceived to be one person, the Father. How then did Jesus say the Jewish scribe answered wisely if indeed God was actually a three person being? And when Jesus prayed the above words, as Jews do, just who did he himself have in mind? Did he really have a three person God in mind as Trinitarians would have us believe? Or did he simply have his Father in mind? In Jesus’ own mind, just who was that one and only God whom they were talking about? One person, or three? Who was Jesus’ one and only God?

Jesus was the son of God. Who is “God” in the term “son of God”? Jesus? A three person being? Or is Jesus the son of the one God who happens to be his Father? Plainly, we are to understand that God is one and Jesus is another and God is Jesus’ Father and Jesus is God’s son. Does it really make sense to then claim the Son of God is God? Would it make any sense to claim the son of Adam is Adam or the son of David is David or the son of Noah is Noah?

Jesus said he was acending to his God. This was the God that Jesus and the Jewish scribe were discussing and “there is no other but He.” And Jesus clearly identifies his one God as his Father, not a Triune God. His Father was his one and only God. Jesus then goes further and reminds us that his God is our God. There is no difference between Jesus’ God and our God. And of course there shouldn’t be any difference or we would have two Gods/gods on our hands. If indeed there is only one God then Jesus can’t have a different God than his followers. Did Jesus worship and serve a three person God? Or did Jesus worship and serve his father as his one and only God? To reasonable people who are honest with themselves, the answer is obvious. Jesus’ God was his Father alone. And Jesus tells us that his one and only God is also our God – the Father.
Ask yourself a very important question and try to be reasonable and honest with yourself. Ask yourself, “Who was Jesus’ God?” Now ask yourself if this was the God of Abraham, Issac, and Jacob who sent his servant-son Jesus? Now ask yourself if a Triune God is the same God Jesus served. And if not, ask yourself if this Triune God is another God?
“My God and Your God” – Jesus

Jesus Is Not God, TRINITY Is Not Biblical God, Jesus, Trinity
← My God And Jesus’ God: The Inescapable Trinitarian Dilemma Who are the true followers of Jesus: Christians or Muslims? →

The Persecution, Torture And Murder Of Muslims In The Makkan Period

Ammar Ibn Yasir Persecution And Torture By The Quraysh Polytheists 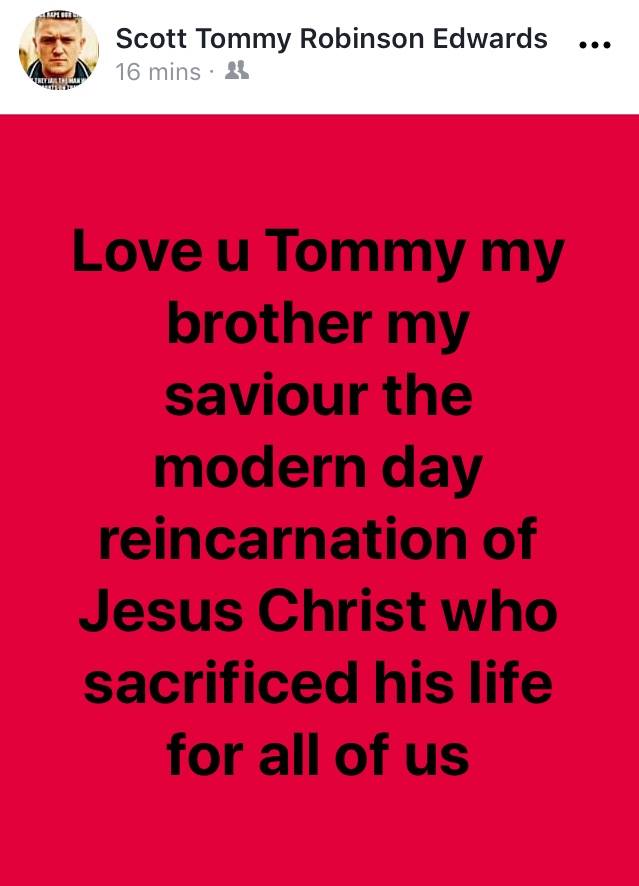